I ran across this ‘chap’,  Neil Rankin, when I went looking for comparisons between Weber-like grills and kamado cookers like the Big Green Egg for you.

He’s got a great background with broad experience, having been a chef in England at Michelin-star restaurants and at BBQ joints.

Now, he’s become a real big fan of the BGE.

In this video he does a great job not only comparing the Egg to Weber-like grills and offset smokers, but he also verifies it’s the only restaurant-level charcoal cooker.

You’ll notice that the grate in his Big Green Egg is cast iron. He makes a big point of saying how that really helps obtain the Maillard reaction effect on steaks.  In case you’re not up on your chemistry…and I’m one of you…it’s the chemical reaction between amino acids and sugars that are created by heat. Caramelization is the browning of sugar by oxidation under heat—and meat does contain a small amount of sugars. Therefore, when you combine the two, you get a rich, complex caramel and butterscotch flavor. Now you know why the best steakhouse steaks taste great.

There are also some great tips in this video: 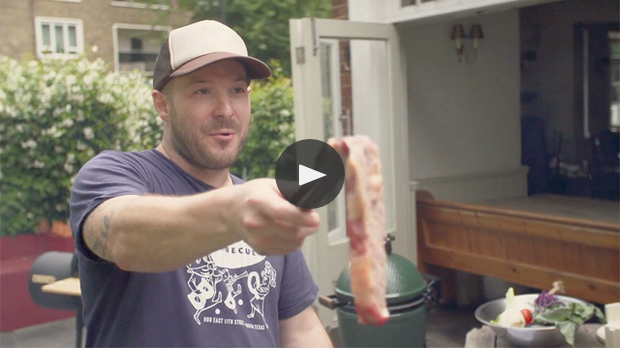 Which of the tips did you find most useful? I would love to hear from you.